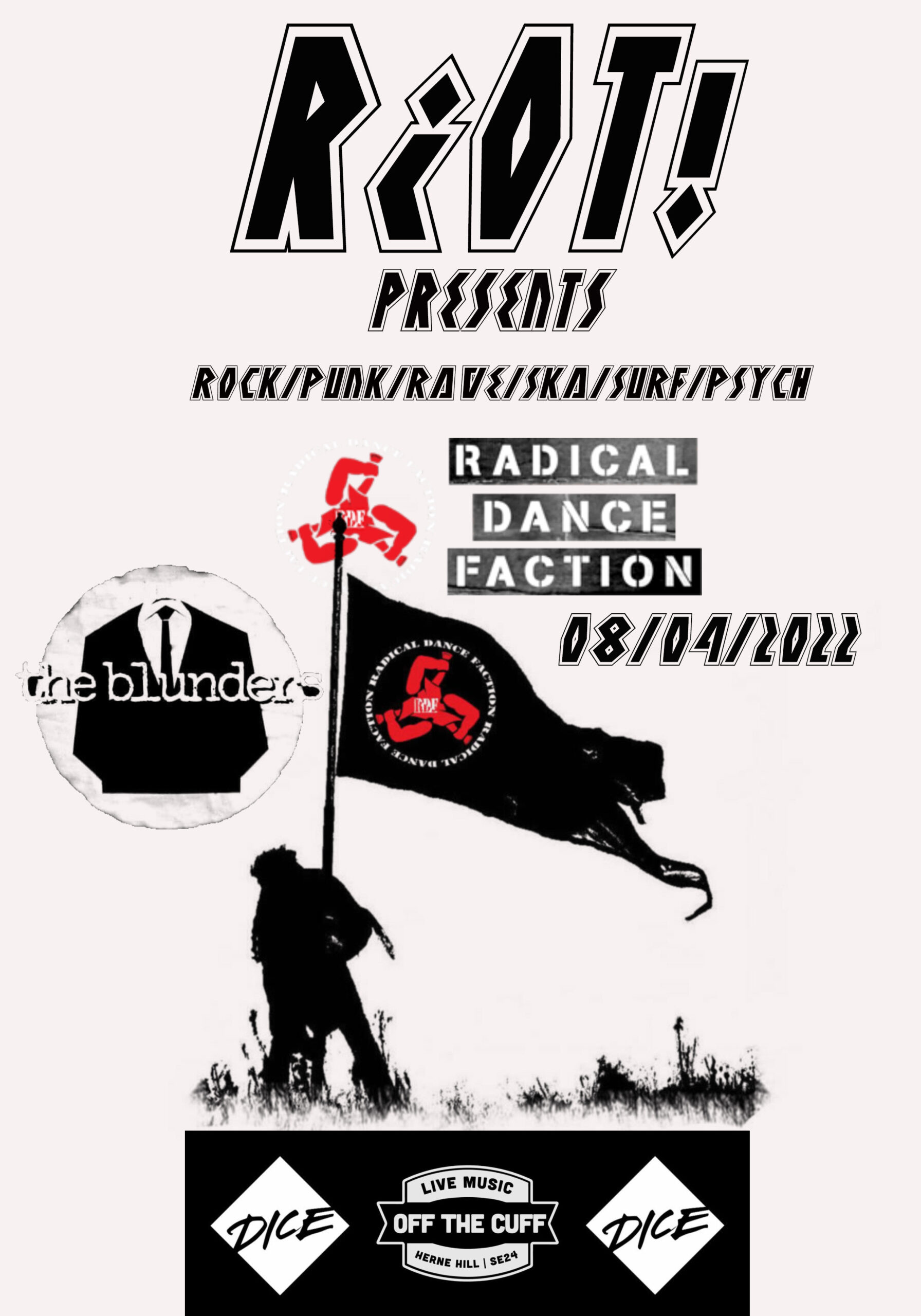 Posted at 18:52h in Events, Music by alistair

RDF – Radical Dance Faction (AKA RDF) have been around in one form or another, on and off, since 1986. They quickly became one of the most respected acts on the festival/free party scene, mixing dub vibrations with punk attitude. The line-up has ebbed and flowed over the years with singer Chris Bowsher being the only constant. The Rhythmites, Dub The Earth, The Propaganda And Information Network (PAIN), DF118, The Revolutionary Dub Warriors, Pama International and Black Box are just a few of the band names that would appear on an RDF family tree.

THE BLUNDERS
The Blunders are a band steeped in a sceptical rage that only grows stronger in the wake of England’s latest decline. With consistently ferocious and urgent performances, The Blunder’s presence grabs a crowd and completely revamps what it means to hear a social awakening down the boom of a mic. Following an incredible summer of festivals in 2019 including stand-out performances in the UK (Bearded Theory, Boomtown, Rebellion) and abroad (Tropen Tango, Freiburg, 3000 grad), The Blunders were building their reputation as one of the best live acts on the festival circuit before the pandemic struck and decimated the live music scene. Despite some disappointing cancellations last year, The Blunders are lined up for a summer of festivals including Bearded Theory, Equinox and the Great British Alt Fest.